Coal mine safety management of complex, multi-faceted wide point, the individual operating the slightest mistake, the slightest mistake aspects of the job, working part slight deviation, are likely to lead to accidents. In the event of an accident, human factors play a leading role. Therefore, we must take the important thinking of the "three represents" as the guide and simply "people-oriented" thinking, fully understand the extreme importance of safety work, understand the law of "three violations", and conduct safety management with predictability; Violation of the law, targeted security management; correctly grasp the law of the "three violations" behavior, and more effectively strengthen the safety management work, in order to truly achieve the fight against and control the occurrence of "three violations" and the occurrence of accidents To achieve safe production.

First, the method of controlling the discharge of gas

In order to make the exhaust gas flow mixed with the full wind pressure airflow, the gas concentration is not exceeded, the control discharge method must be adopted, and the â€œone wind blowâ€ is strictly forbidden. The control methods adopted at the site mainly include:

1 is blocked by wooden board at the air inlet of the local ventilator.

2 is tied with a rope on the wind side of the fan.

2, the wind is limited to wind. The essence of the wind-restricted wind method is to let the wind flow split, and only part of the wind flow enters the single-head roadway through the air duct to discharge the gas, and the other wind flow dilutes the discharged gas together with the full-wind pressure air flow. There are two main types:

1 is to set up a "three-way" on the wind outlet side of the fan, and control the air volume entering the single-head roadway by adjusting the opening degree of the two valves.

2 is to disconnect the air duct at the air outlet of the fan, adjust the position of the counterpart to control the air volume sent to the single lane.

Second, the control of gas concentration

3. The scope of power outages and withdrawals when discharging gas

When discharging gas, in order to prevent the occurrence of gas explosion, the first is to strictly control the concentration of methane in the exhaust gas flow; the second is to resolutely put an end to the discharge of gas from all sources of fire on the line, so it is necessary to determine the scope of power outage; In the event of an accident, in order to minimize casualties and prevent personnel from entering the danger zone, it is necessary to clearly identify the scope of withdrawal.

Coal Safety Document No. 153 is more comprehensive in terms of power outages when gas is discharged. That is to say, â€œall diverticulum, roadways and gas-exhausted gas outlets that are affected by gas emissions must be withdrawn from the operation. Designate the location of the alert personnel and prohibit other personnel from entering. The electrical equipment that discharges gas flowing through the roadway must be designated to cut off the power at the same time in both the substation and the distribution point of the mining area, and set up warning signs and special personnel to watch. According to this regulation, when the methane concentration reaches a certain level, the methane power-off meter will automatically cut off the underground power supply. At this time, the operation must be stopped and the corresponding electrical equipment must be powered off. However, there are some differences in the understanding of this regulation on the spot. First, the understanding of the concept of â€œcutting off the safety exitâ€ is a cut-off safety exit in a long distance. The mining work surface on the return air side of the exhaust gas roadway is designated as the mining work face cut off by the safety exit, and the mining work face on the air inlet side does not belong to this column. For each mining area where partition ventilation is implemented, the mining area is bounded. In a mining area, as long as there is a discharge gas project, all the mining face in the mining area must be withdrawn and stopped, and the safety factor is greater.

Gas emissions are themselves a safety measure to eliminate hidden dangers, but poor implementation can also cause problems. In order to do this work, the key points are as follows:

First, strictly control the emission concentration, and use the methane concentration sensor to ensure that the concentration of methane in the wind flow of the mixed gas flow and the full wind pressure does not exceed 1.5%, and that no circulating wind occurs;

Secondly, the discharge line should be correctly selected. If necessary, the ventilation system should be properly adjusted so that the exhaust gas flow enters the total return air system along the shortest route as much as possible, avoiding the safety exit of other diverticulum and mining face, and ensuring the system's Stability and reliability;

Thirdly, for the scope of power outages, it is necessary to increase the safety factor appropriately. For areas that may or may not be affected, it must be classified as blackout and withdrawal. This aspect is to prevent explosions. In the event of an accident, personnel injuries can be minimized;

Fourth, we must strengthen on-site supervision and management, and all departments must work closely to prevent mistakes.

The bottle jack is one of the oldest and most familiar pieces of hydraulic equipment.

This familiarity contributes to misuse which can lead to personal injury. The bottle jack

is a load lifting device and should never be used as a load holding device, especially

when a person will be going underneath the supported load. 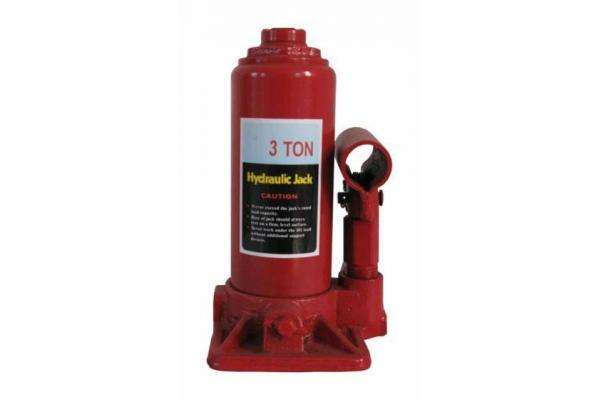